I had the opportunity this week to interview stock guru Timothy Sykes to find out more about him and his new book, The American Hedge Fund.

Who is Timothy Sykes?

Well from his website you will find, “Timothy turned $12,000 of Bar Mitzvah gift money into $2 million trading thousands of stocks from 1999-2002, managed the #1 Short Bias Hedge Fund from 2003-2006, starred in the television documentary Wall Street Warriors, and appeared regularly on all before the age of 26.â€

Q: How did you come up with the idea for the book?

A: I initially began writing my book to answer all the questions I was getting from fans of my TV show, Wall Street Warriors. But as I kept writing, I realized that due to industry regulations and the Wall Street establishment, the general public’s ability to learn about all the risks and rewards involved with financial speculation has been compromised. Even at a young age, I’ve had a wild ride so I’ve become determined to detail everything; my trades, my experiences, my thoughts and my greatest successes and failures. I ended up writing what I consider to be the most honest book you’ll ever read about Wall Street.

Q: How’s the launch of your book going? Your site is showing a lot of great
feedback so far.

Well the official launch is October 1st, so everything up until now has just been foreplay. I rejected a mid-five figure advance from Wiley and decided to publish it myself, setting up my own publishing company, BullShip Press, LLC. The name stems from what I think about industry regulations and what it seems like everyone on Wall Street is full of. When you name your company BullShip Press, you don’t expect to make many friends (even if it is the right thing to do), but surprisingly, people really seemed to love my book and I ended up getting over 150 pre-release blurbs from authors, business leaders, fund managers and financial journalists
which is simply unheard of. I also have plenty of detractors, but I think that’s based on people believing I’m trying to cash in on my success by writing a Get-Rich-Quick type of book. Even though I basically did get rich quick, I refuse to sink down to that level as I believe those books to be very harmful.

Q: You talked about how some of your biggest losses came from trades being driven by “anger in defeat or stubborn pride”. What are some lessons you’ve learned since to keeping emotions out of the game?

Yes, I’ve always been too emotional and undisciplined when it comes to trading and even though I made $2 million, I probably left about $10-$20 million on the table. It sucks! They key to successful trading really is to remain unbiased and be able to go long or short, depending on what all the variables are telling you. You will not succeed if you allow your ego to overrule the price action in your positions. The market doesn’t care about you and your little account. What I’ve done repeatedly throughout my career is take breaks. Sometimes two-day breaks, sometimes two-week vacations. You will not be able to profit consistently like a salaried job; you must sit back and wait for worthy opportunities to present themselves. Don’t force opportunities–patience is key.

I detail all the problems I’ve had in my new instructional trading , PennyStocking, because nobody has ever really detailed all their trading mistakes and this narrow mindedness has hurt people’s ability to learn this fine art.

Q: What advice can you give to readers who are just starting to invest in
the stock market?

Learn from the past. I’ve posted my entire financial library of 300+ books on my website, www.timothysykes.com Go there and read about the financiers and traders of the past who’ve taken the time to help you. Don’t limit yourself to one strategy; instead, learn about as many strategies as you feel comfortable with and use trial and error (risking little to no money) to see which strategy you excel at (if any). Understand that the vast majority of traders, especially new traders, lose money in the market and that value investing, while popular, is not the guaranteed path to riches. In fact, value investing might make you money, but it takes much more time than you ever imagined and most people (like me) don’t have the patience for it.

Q: Where do you see the hedge fund industry down the road, say 5 years from now?

Smaller funds like mine will never reach critical mass so we will close and either join large firms or exit the business completely. Right now there is $2 trillion invested, I think it’ll grow to $20 trillion very quickly. Due to the lack of detailed information, there will be many overlapping investments and many catastrophic losses will result. As the industry grows, so does the potential for disaster. My fund is but a speck in this colossal industry, but I hope to inspire other managers to come forward and tell their stories so everybody can realize that full transparency is required ASAP.

Q: We need to know, Fast Money or Mad Money?

I would rank my new show on MSN Money first, but after that, Fast Money–the more opinions the better.

You can find more about Timothy at his website, otherwise go buy his new book, The American Hedge Fund would ya 😈 ? 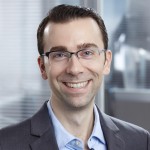